For odor problems big or small, give us a call because life doesn’t have to stink

Bad smells just can’t be ignored. Skunk spray, cooking odors, pet stains, and cigarette smoke can make a home unlivable. If you’ve tried odor treatment products from the big box stores, you already know that they don’t always work. At best, they just cover up the smells. At worst, some create by-products that compound the problem.

Break the Mold always starts with a thorough inspection to determine the true sources of odors. Smells can permeate areas of the house far from the actual source.  Often, an odor is not just where a homeowner thinks it is. One customer identified their bedroom as the location where their cat had eliminated. However, a black light inspection showed stains all over the house. With whole-house odor treatment, Break the Mold makes sure all the odors are eliminated.

Break the Mold uses safe products that destroy bad odors at their source. Rather than covering up smells, The Mold Guy uses a non-toxic, biodegradable treatment that breaks down and destroys the odor-causing molecules, leaving your home smelling fresh again.

Selling or showing a dirty house a can be a challenge, but selling a house that smells…nearly impossible.

Treatment times vary based on the severity of odors; typical household odors can be treated in one day. In an extreme case like a home filled with 100 dogs plus several other animals, complete odor elimination took three days. (In that case, we saved the house from being bulldozed!)

Clear the air in your home – get an odor elimination inspection today! 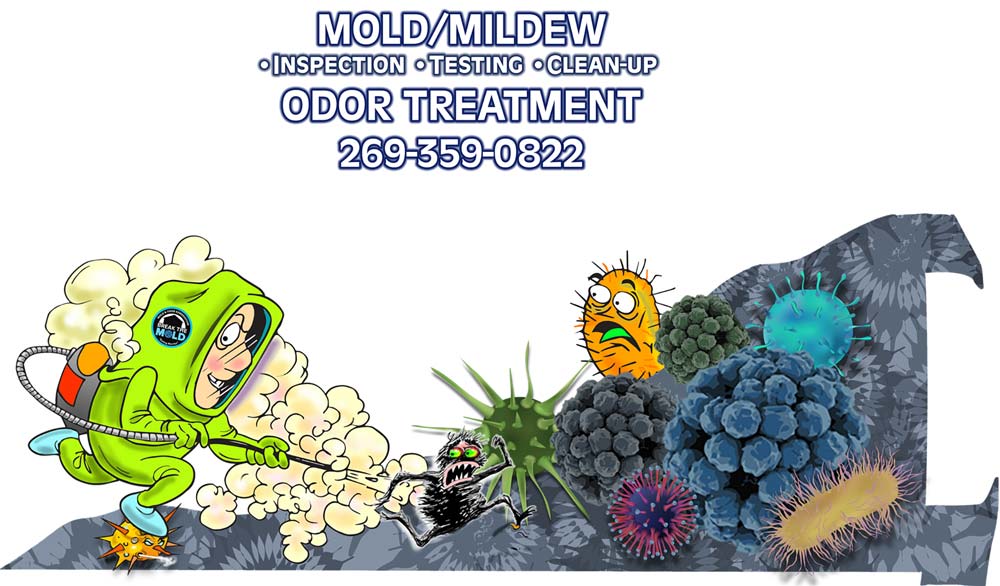